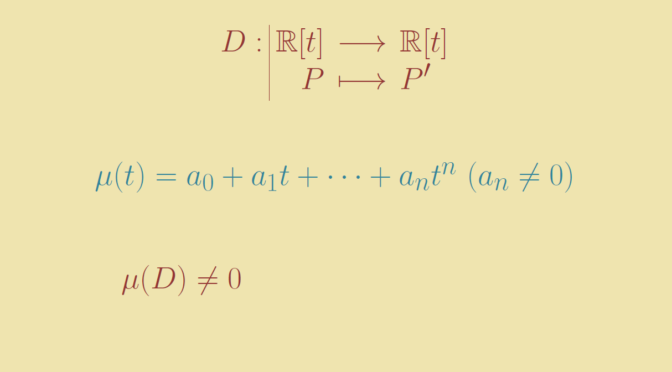 For infinite-dimensional vector spaces, the minimal polynomial might not be defined. Let’s provide an example.

We conclude that \(D\) doesn’t have any minimal polynomial. 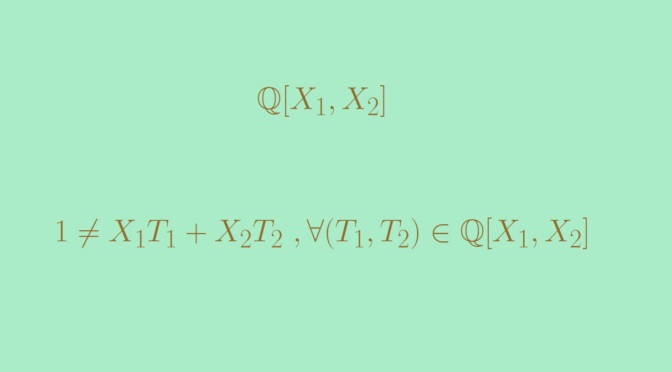 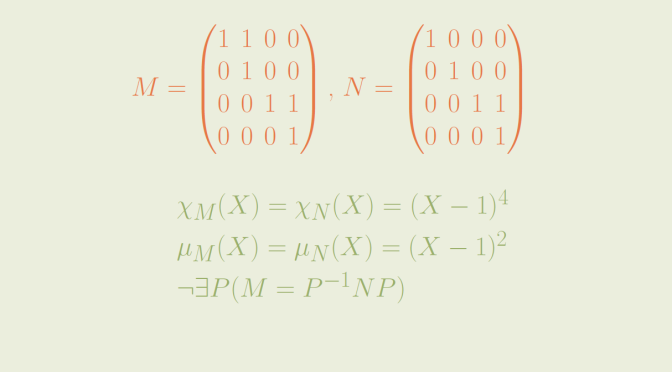 In particular, two similar matrices have the same minimal and characteristic polynomials.

Is the converse true? Are two matrices having the same minimal and characteristic polynomials similar? END_OF_DOCUMENT_TOKEN_TO_BE_REPLACED 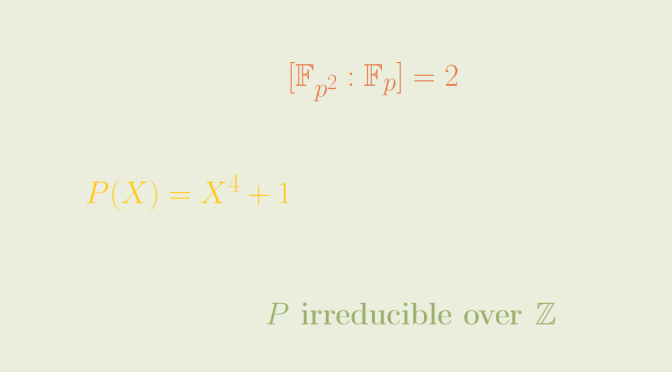 This raises the question whether an irreducible integral polynomial is irreducible over at least one finite prime field. The answer is negative and:
\[P(X)=X^4+1\] is a counterexample. END_OF_DOCUMENT_TOKEN_TO_BE_REPLACED 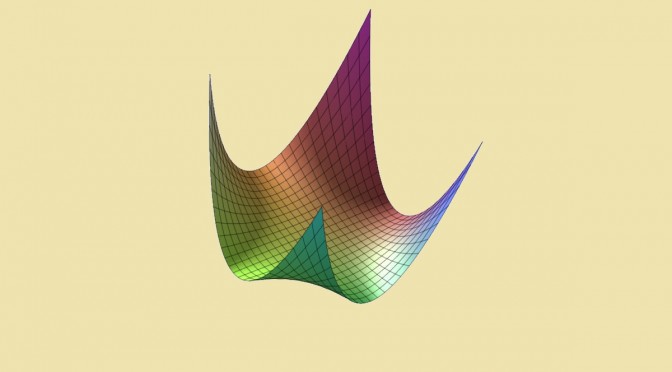 A positive real polynomial function of one variable is always having a minimum.

This is not true for polynomial functions of two variables or more. END_OF_DOCUMENT_TOKEN_TO_BE_REPLACED