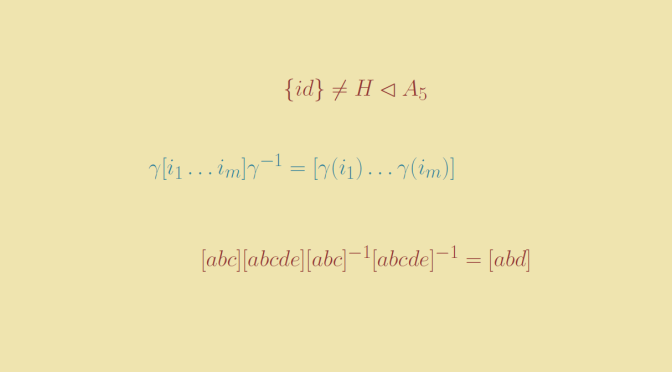 Consider a finite group \(G\) whose order (number of elements) is a prime number. It is well known that \(G\) is cyclic and simple. Which means that \(G\) has no non trivial normal subgroup.

Is the converse true, i.e. are the cyclic groups with prime orders the only simple groups? The answer is negative. We prove here that for \(n \ge 5\) the alternating group \(A_n\) is simple. In particular \(A_5\) whose order is equal to \(60\) is simple.

One can prove that \(A_5\) is the smallest (the one having the lowest order) simple group and that it is the only simple group of order \(60\).