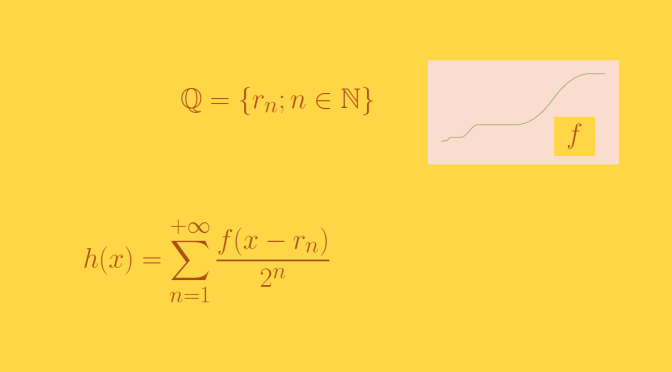 We build here a continuous function of one real variable whose derivative exists on \(\mathbb{R} \setminus \mathbb{Q}\) and doesn’t have a left or right derivative on each point of \(\mathbb{Q}\). 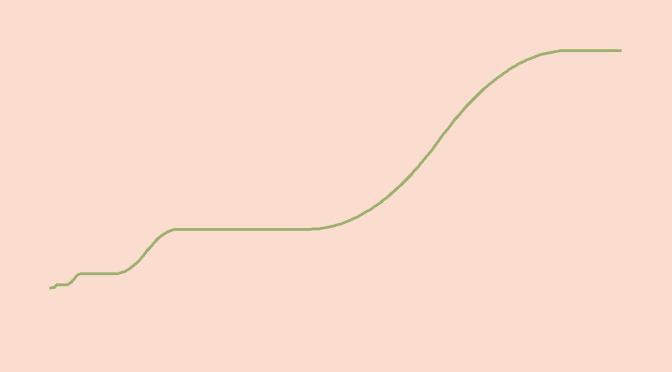 We build here a continuous function of one real variable whose derivative exists except at \(0\) and is bounded on \(\mathbb{R^*}\). 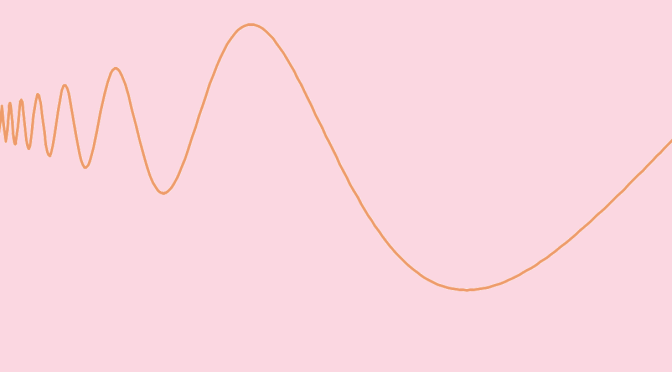 Introduction on total variation of functions

Recall that a function of bounded variation, also known as a BV-function, is a real-valued function whose total variation is bounded (finite).