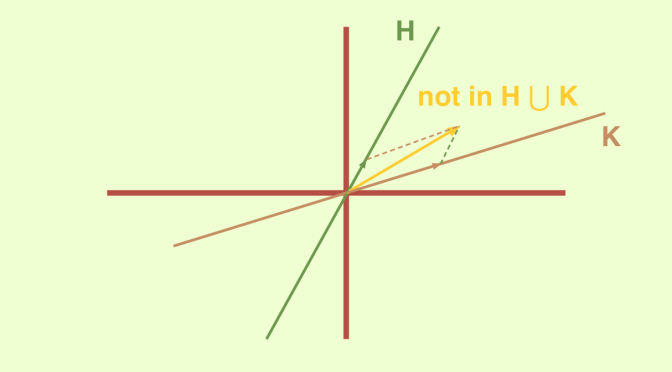 We raise here the following question: “can a vector space \(E\) be written as a finite union of proper subspaces”?

The case of a vector space over an infinite field